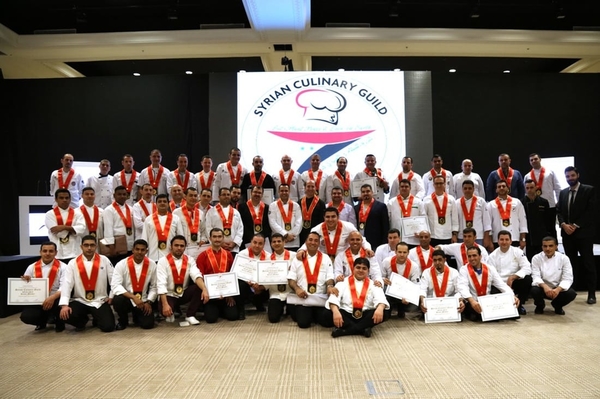 ​The Syrian Culinary Guild is a non-profit, non- politics and non-religious association,includes Syrian chefs from all around the world and seeks to represent them and the Syrian cuisine properly and professionally in all related international forums. Managed and organized by a group of Syrian chefs seeking to achieve the guild’s mission and objectives.

Making both, the Syrian Cousin and the Syrian Chef,globally well known in a professional way. 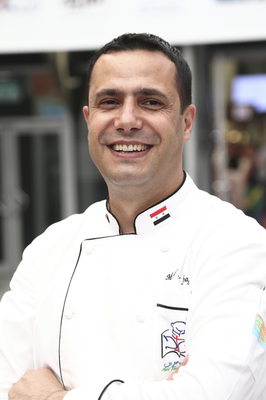 MESSAGE FROM THE PRESIDENT

First of all it is my pleasure to welcome you all to the Syrian Culinary Guild official website.

The Syrian cuisine represents a unique diversity distinguishes it from many other cuisines and makes it globally well known. The Syrian chef became one of the distinguished chefs by his commitment and hard work he puts into his work along with his rich culture and became an ambassador for his country nationally and internationally.

Syria is an ancient country and it is its right and our responsibility to represent it perfectly. Most countries has a culinary guild operates under the International Culinary Guild. For that, we have worked hard since 2012 to organize this Guild and thank God we reached our goal after approximately three years to launch the Syrian Culinary Guild in 2015 representing all Syrian chefs in Syria and around the world.
And here I would like to congratulate you all on this great achievement which would not have happened without the determination and follow-up as well as the support that we have found from lot of people and chefs and the most important is the support, follow-up and commitment of Syrians chefs themselves.

The work team “consisting of a group of professional chefs” had participated in many international competitions such as the "The International competition for cooking in the Chinese capital Beijing in 2012", "Dubai World Competition for hospitality in the United Arab Emirates in 2014," and " Hospitality Salon Competition in Dubai Gulf Food exhibition/ United Arab Emirates in 2015, in which they won many awards and titles. In addition, many individual participations by our Syrian chefs in various culinary competitions. And here comes our Guild to continue this journey and contribute more in this field, as it helps in exchanging experiences between the Syrian chefs and the other chefs worldwide. As well as supporting young and fresh Syrians chefs in this area.

We welcome all Syrian chefs as professional members in this Guild, and all supporting members as well, and we welcome everyone who is interested and capable of supporting us to reach our guild objectives.

And we welcome you all and invite you to communicate with us via our social networks accounts or the Guild official e-mail. 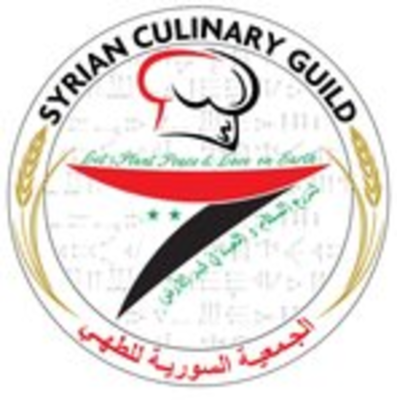 Wheat spikes: Syrian Nature’s symbol, and the most patriotic natural production in the country for centuries. Along with the Syrian Arab Republic’s Flag. The Writing on the background of the logo symbolizes the alphabet of Ugarit, the first alphabet in the world, discovered in Syria. The phrase "let us plant peace and love in the liver of earth" it is a part of God Baal’s message “God of the ancient Phoenicians” since 5000 years in which he called for the discard violence and move toward peace and reconstruction of earth and that is what Syrians represent and present to the world since ages.
On the top of the flag there is the chef’s hat, which is the most symbolic tool for a true chef. In the frame from top and bottom we have the official name of the Guild, "Syrian Culinary Guild” in English and Arabic.